In this segment from Alex Jones' widely anticipated upcoming documentary on the assassination of President John F. Kennedy, we present never before seen footage of the now deceased former CIA operative E. Howard Hunt, a participant in the conspiracy to kill JFK, explain how the plot was hatched and who controlled it.

Read Blood,Power & Money by Barr McClellan. McClellan was LBJ's attorney and wrote a lot of his speaches. His two sons served in the Bush admin. This Hunt confession corroborates McClellan's book. LBJ was a white supremacist, that took credit for signing the Kennedy civil rights bill that he had fought against for years. He was also facing murder conspiracy charges upon his death.


Anyone that dissmisses this confession as the ramblings of an "old quack" simply doesn't understand who E.Howard Hunt was.

Dulles and Luce also set National Security directives for the Truman White House, including PSBD-33/2, establishing the Psychological Strategy Board.

This collusion/connection makes it 100% certain the Z film was heavily edited to cover conspiracy members of the JFK assassination. So are the JFK hospital pics.

Some researchers (among them Gaeton Fonzi, Larry Hancock, and John Simkin) believe that Morales was involved in the assassination of John F. Kennedy. Sanchez's friend Ruben Carbajal claimed that in 1973 Morales opened up about his involvement with the Bay of Pigs operation, and stated that "Kennedy had been responsible for him having to watch all the men he recruited and trained get wiped out". Morales then added: "Well, we took care of that SOB, didn't we?" It's been suggested that Morales was the “Latin-looking” man seen with Lee Harvey Oswald in New Orleans in 1963.

David Morales once told friends: "I was in Dallas when we got the son of a bitch and I was in Los Angeles when we got the little bastard." [1], referring to the assassination of both Kennedy brothers.

In 2006, St. John Hunt, the son of E. Howard Hunt, told Rolling Stone magazine that his father linked Morales to the "French gunman" who appeared at the grassy knoll the day President Kennedy was shot. The elder Hunt claimed that Cord Meyer, acting under orders from Lyndon B. Johnson, developed the basic plot with David Atlee Phillips. Then Phillips brought in William Harvey and Antonio Veciana to oversee the operation. Veciana in turn enlisted Frank Sturgis, Oswald, Lucien Sarti, and Morales to execute the plan.

Bradley Ayers told the Assassination Records Review Board in 1995 that he had found a credible witness who could place David Morales at the Ambassador Hotel in Los Angeles on the night of Robert F. Kennedy's assassination.

New video and photographic evidence that puts three senior CIA operatives at the scene of Robert Kennedy's assassination has been brought to light.

The evidence was shown in a report by Shane O'Sullivan, broadcast on BBC Newsnight.

It reveals that the operatives and four unidentified associates were at the Ambassador Hotel, Los Angeles in the moments before and after the shooting on 5 June, 1968.

The CIA had no domestic jurisdiction and some of the officers were based in South-East Asia at the time, with no reason to be in Los Angeles.

Kennedy had just won the California Democratic primary on an anti-War ticket and was set to challenge Nixon for the White House when he was shot in a kitchen pantry.

A 24-year-old Palestinian, Sirhan Sirhan, was arrested as the lone assassin and notebooks at his house seemed to incriminate him.

However, even under hypnosis, he has never been able to remember the shooting and defence psychiatrists concluded he was in a trance at the time.

Witnesses placed Sirhan's gun several feet in front of Kennedy but the autopsy showed the fatal shot came from one inch behind.

Dr Herbert Spiegel, a world authority on hypnosis at Columbia University, believes Sirhan may have been hypnotically programmed to act as a decoy for the real assassin.

The report is the result of a three-year investigation by filmmaker Shane O'Sullivan. He reveals new video and photographs showing three senior CIA operatives at the hotel.

Three of these men have been positively identified as senior officers who worked together in 1963 at JMWAVE, the CIA's Miami base for its Secret War on Castro.

David Morales was Chief of Operations and once told friends:

Joannides was called out of retirement in 1978 to act as the CIA liaison to the Congressional investigation into the JFK assassination. Now, we see him at the Ambassador Hotel the night a second Kennedy is assassinated.

Monday, 20 November would have been Bobby Kennedy's 81st birthday. In Los Angeles, his son Max has just broken ground on a new high-school project in memory of his father on the old Ambassador Hotel site.

Paul Schrade, a key figure behind the school project, was walking behind Robert Kennedy that night and was shot in the head. He believes this new evidence merits fresh investigation:

"It seems very strange to me that these guys would be at a Kennedy celebration. What were they doing there? And why were they there? It's our obligation as friends of Bob Kennedy to investigate this."

Ed Lopez, a former Congressional investigator who worked with Joannides in 1978, says:

"I think the key people at the CIA need to go back to anybody who might have been around back then, bring them in and interview them, and ask - is this Gordon Campbell? Is this George Joannides?"

This report was shown on Newsnight on Monday, 20 November, 2006. 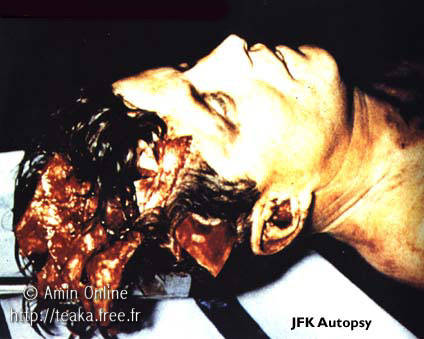